So your worst fear finally came true. You broke up. It probably wasn’t a very nice breakup. They rarely are. Your breakup may have involved someone else or your partner’s feelings may have just unexpectedly changed. You may have heard the dreaded, “I just don’t know what I want anymore.”  No matter what happened—it hurts. The question is, what do you do now?

The first thing you need to do is get in touch with your own emotions. Do all the crying that you need to do. Analyze every detail of the breakup with your friends until they don’t want to hear it anymore. Just don’t get angry. There’s no point to it. If you start realizing this now, you may save yourself from a lot of emotional pain in the future.

Most of us date with the ultimate goal of finding the person we want to spend the rest of our lives with. However, the sad reality is that we live in a world where divorce is at an all time high. While none of us going into a marriage thinking it will end, it could and the emotional price is even higher than anything you could be experiencing now.

There are way too many divorced couples out there right now so consumed by hatred and bitterness that they fail to every truly go on with their lives. If this isn’t bad enough, there are usually children stuck in the middle of this emotional tug-of-war. As I discover more and more horrifying stories of bad behavior, I can’t help but wonder what it the root of all this behavior.  I can’t help but wonder if things would be different if these people had only learned how to breakup back when they were dating.

The concept of learning “how to breakup” may seem strange, but it’s about achieving and emotional maturity and strength that we could all use. It’s also difficult thing to ask when it comes to a breakup. Human nature makes us want the other person to hurt as much as we are. We use their hurt as a reflection of the relationship as a whole. For some reason we believe that if our ex isn’t hurting the way we want them to when it’s over, it’s a reflection of the relationship itself. We convince ourselves that if the relationship had no value at the end, it had no value at all. That’s where our anger begins.

Sound familiar? We’ve all screamed these phrases like these after a breakup but what’s the point? Is there any possible response that could be productive?  Even though we don’t realize it at the time, breakups aren’t part of some secret conspiracy to hurt us. They are merely a natural progression of relationships. When you are only supposed to have one true love to last a lifetime, that means every other relationship you have will have to end at some point. Just think about it.

It’s almost like we forget the risk going in.  It’s the process that causes the pain, not the people in it.  If you get angry at the people—your ex, all you do is undermine your own self confidence with emotional outburst and destructive behavior you’ll only regret later.  When you do find the person you are mean to be with, you’ll probably look back upon the emotional roller coaster of dating with some embarrassment.

They say the best revenge you can have on someone is to have a better life. I personally believe that’s true. Let your ex remember you as strong and confident and as someone that got scooped up quickly by someone else. If you waste your time being bitter and angry you’ll only keep the door shut for your next adventure.

Your ex has opened the door for you to be a better person, on more levels than you can ever imagine. Walk through that door. The right person is waiting for you on the other side and when you meet them, they’ll want to thank your ex for making it happen. 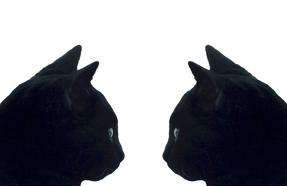 Be nice to your ex