There must be an awful lot of insane people in the world. I would bet every single person has at least one story of someone they dated doing something that they perceived as mentally unbalanced. When it comes to dating war stories it’s so easy to write off someone by saying, “they were psycho.” It immediately frees you of any blame or emotional blunders. However, perception is everything and as they say, “he who lives in glass houses shouldn’t throw stones.”

It’s not just love that makes people do crazy things. Like and lust have also had their hand in many wild stories. Movies have been made, songs have been written, nations have been conquered and crimes have been committed over passionate attractions of every level.

If someone believes that they’ve never done anything even a little “emotionally crazy” they must truly be in denial. Everyone has some story from their past. Maybe they’ve been in a particular place at a particular time to create a “chance meeting” with someone they found attractive. Some people have blurted out insane declarations of resentment when they got dumped after one date. Others have called an ex drunk or started convincing themselves they were in love with the person that took them to Dairy Queen and never called again. We’ve probably all at least dabbled in the infant stages of stalking behavior. A barrage of emails, calling and hanging up, driving by just to see if their car is there…even if you’ve never done it—you’ve at least thought about it at some point in your life.

People are complex creatures of comprised of twisted emotions and even the most “stable” person has emotional triggers. A man can amaze himself by how easily he may punch a wall when faced with his girlfriend’s infidelity. A woman may find “the perfect guy” yet pick endless fights with him because he reminds her of an ex-boyfriend who hurt her badly. Just the feeling of falling in love can drive a man to drop out of their beloved’s life completely and then resurface years later. A woman can burst into tears just because someone showed them kindness.

It’s amazing how gaining an interest in someone can interrupt a perfectly normal life routine. Suddenly sitting at your desk becomes uncomfortable because you’re wondering why they haven’t sent you an email. You skip the gym because you’d rather go home and call them. You cancel plans with your friends because you can’t wait another night to see them. You feel bored staying home on a Wednesday night because you know you don’t have to be alone. Like…love…lust…it doesn’t matter what the feeling may be—it still changes everything.

It’s also amazing how a disrupted life routine can ruin an interest in someone. Having a bad day at work can be emotionally draining enough. However, when you’re ready to go home and crawl into your cave of relaxation a simple phone call on your mobile phone can turn disastrous. It’s amazing how the innocent, perky voice of a new love interest can suddenly become unnerving. You might possibly fall into an unreasonable rage over a simple question like, “what time will you be home?” You may be short with your unknowing victim and say uncharacteristically nasty things. When you are in a relationship your impulsive behavior may be forgivable. If it’s somebody new in your life—you may have just written yourself off as a “psycho.” Remember, perception is everything.

Emotional withdrawal isn’t always rational either. It can also hurt people. When faced with a highly charged situation, many people choose to withdrawal. They take an “out of sight, out of mind” approach. They will completely shut down and cut off all contact with their intended. This is a common approach when new relationships are being built. However, many fail to realize how this behavior may be perceived from the other side. It’s never a comfortable feeling to have someone inexplicably drop out of your life. You may assume it was a fight, a lack of chemistry or just a lack of interest. However, the sudden retreat of a partner will always leave some amount of doubt. By exhibiting this form of behavior, you may not have entered the “psycho” realm, but you easily appear to “have issues.” There’s no denying that retreat without explanation is a coward’s tactic. True emotional strength lies in the ability to be totally honest and face any situation head on. Whether you’ve known a person for a day, a month or a year they still deserve respect. Despite any opinions you may have of their own personality, thoughts or behavior—it is no excuse to be cold hearted.

Like…love…and lust are amazing feelings that unfortunately can breed more negative feelings like spite, jealousy and resentment. They say nothing is worse than a woman scorned, but the same principle applies to men too. Many members of both genders have immediately gone out for the “revenge pick up” when they found themselves jilted for another.

Spite can rear its ugly head in many different ways when a relationship is over. Many people easily get sucked into pointless arguments just to have the “last word”. These ridiculous verbal battles often turn into an insane competition to see who can hurt the other more. What is the end purpose to all of this behavior? Absolutely nothing. There is nothing to be gained and only self-respect to be lost. Emotions make people do crazy things. Of course there are true nut cases in the world. How do you tell the difference between the emotionally and the mentally confused? A big way is accountability. Truly irrational people can not see that their behavior is irrational. When "over the top"moments are justified with statements like...


“I did it all because I loved you…”
“I just wanted you to talk to me…”
“I wanted to prove how much I cared about you…”
“I just sent you a few emails—what are you getting so mad about?"

...it might be time to worry. Insane people are never embarrassed by their own actions. They only find endless excuses to warrant them. However as long as a person can step back and recognize their moments of emotional weakness it is unfair to judge them as crazy—they are just human. Every person is guilty of thinking with their heart and not their head at some point in their lives. Most people probably wouldn’t handle highly emotional situations the same way twice. We all make mistakes and if we didn’t have a chance to grow and learn from them—we wouldn’t be the people we are today. It is both our strengths and weaknesses that define who we are and make us lovable. And after all, isn’t that what this whole dating game is all about? 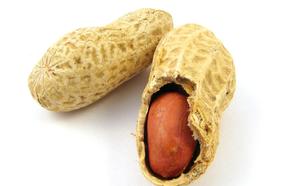