Whenever a relationship comes to an unhappy end, most people sit back and analyze the situation wondering, “where did I wrong?” However, if you truly look back for warning signs you’ll quickly discover the only thing that you did wrong was not listen to them.

There’s a lot to be said for the expression hindsight equals 20/20. I’ve experienced this concept first hand on several occasions. I dated a divorced man that told me on the night that I met him, “my wedding was perfect.” It wasn’t the best choice of words for someone looking at a potential second wife. If that wasn’t enough, the clock engraved with wedding vows hanging in his should have been sufficient indication that he was not over the end of his marriage. It wasn’t until we actually broke up that I realized he had “divorce issues.”

One gentleman I dated actually seemed to tell the same story over and over about every one of his past relationships. I actually said to him, “it seems as though everything goes along perfectly with all the women you date and then all of a sudden you wake up and decide it’s not working and leave.” It shouldn’t be difficult to guess how this one played out. Sunday everything was going along perfectly and Monday he woke up and decided it wasn’t working and left.

One of my biggest heartbreaks happened at the end of a long-term relationship. He was probably the greatest love of my life. The route cause of our demise was a dominating mother that refused to let him cut the umbilical chord. I snipped away at it to no avail. We were dating only three months when I was completely appalled by the fact that he bought his mother underwear for Christmas. It was at the top of her Christmas list to him! At that moment I had a pretty good indication that this was not a natural or healthy relationship. The warning signs were there but did I listen? It still was five years before we actually broke up.

Women everywhere like to accuse men of sabotaging a relationship in their quest for just sex. Although I don’t believe that all men are pigs—some men as well as women—can be. One gentleman I dated had me completely stunned when he brought condoms on our third date. He defended himself by saying he was just being a good “boy scout.” I told him I was offended that he didn’t have enough respect for me to think it WOULDN’T happen so soon. Obviously the condoms weren’t necessary and of course and that night was the last time I saw him. Ironically, this is the same man who made me nervous because he kissed me too aggressively on our first date. Once again, the warning signs were there—and I didn’t listen.

Women are really hard on themselves when a relationship ends. While men tend to go have a beer and watch a football game, women will gather their girlfriends around and overanalyze every detail of the relationship’s progression. Of course they will find fault in themselves before they could even think of blaming the man, “I never should have called him so much.” “If only I didn’t give him such a hard time about that bachelor party.” The duty of the friends is to just comfort the brokenhearted with blanket generic statements of encouragement. “He’s a loser. Move on!”

Even as we slowly face acceptance that our relationship is over we are left with a lingering desire to validate the whole disaster in the first place. “Do you think he ever really loved me?” Once again the friends are called in to circle the wagons and proclaim. “He’s a loser! Move on!” However, almost without fail, you’ll find your answer to why things failed by looking back at the beginning of the relationship.

Recently a friend of mine from work had contemplated fixing me up with her husband’s best friend. She described him as sweet, smart and good looking. However, she was wary of making a love connection between us. “I’m afraid he has too many issues for you.”

The first week was heavenly between this new gentleman and myself. It was week two that “the issues” started to rear their ugly head. However, by week three when the major conflicts began, Amidst this emotional turmoil I was once again plunged into a sea of self-blame. “Maybe I overreacted. Maybe I’m too emotional.” I ignored the fact that she told me he had an unstable work history, a strange relationship with his ex-wife and potential substance abuse problems. Looking back now I want to scream at myself, “Hellooooo! Remember you were warned about his issues?” Despite the obvious, why are most women determined to find fault within themselves each time something goes wrong in a relationship? Is it plain insecurity? Maybe it is some form of bizarre genetic behavior. After all, the men are the hunters and protectors and maybe we find it unnatural for a man not to want to play that role for us anymore.

Well, before feminists start to get into an uproar, my simple conclusion is there is no real explanation for why women act the way they do. If there were, men wouldn’t find us such an intriguing enigma in the first place. If they knew all of our secrets, what fun would dating be anyway?

You have to admit there is a certain joy in that. 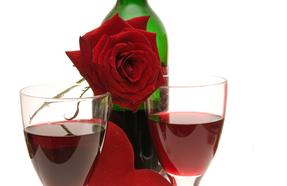