When it comes to romantic relationships, can you ever really pinpoint the beginning of the end? Was it the silly fight you had over a brand of sugar or the sudden lack of intimacy? Can you ever really know what could be tagged "the turning point." Although many couples find their "happily ever after" the others are faced with unpleasant fate of "all good things must come to an end."

Today was the day I woke up and realized that this might be the beginning of my end. I really can't explain why. We've fought and made up many times already. Nothing was noticeably different between us.He still gave me his warm goodbye in the morning and the promised to call me later. However, somehow I knew that things were different.

Maybe it was merely my perspective that changed. Suddenly a future with him that I had tried so hard to imagine with him became unimaginable. Every time I tried to envision endless happy days ahead it seemed that all I could remember was the viscous words from our last fight or the hours I had spent crying my eyes out afterwards. I remembered how every time he explained what he needed from me he seemed to be describing someone who didn't exist in me.

It's an all too familiar feeling when time seems to move slower than ever. Each minute ticks away bringing our relationship closer to its inevitable doom. I knew in my heart that it was going to die. I just didn't know where, how or when.They say that if you know that something isn't going to work out you should spare the other person's feelings and bow out gracefully. You are coached to "do the right thing" and be honest. "Just like ripping off a band-aid" you should call it quits and move on.

As the old cliché goes, "it's much easier said than done." When you dealing with about a dangerous concoction of emotions and shattered dreams it isn't so easy to let go. You become torn between following your instinct and following your heart. You torture yourself with endless questions of "what if"-mostly wondering if what your feeling is "just a phase."

It's never easy to let someone out of your life. Even if you are sure it's the right thing to do the prospect of breaking someone else's heart is never pleasant. You feel guilty as they look you in the eyes while saying, "I love you" and you're just thinking "I'll miss you when you're gone."

You can't help but wonder how they will react to the news. Will they feel more anger than hurt? Will they even care that you're ending the relationship? Maybe in an attempt to spare their ego with kind words they'll shatter yours with their sudden sense of relief that you're letting them go.

"Wow, I was thinking about breaking up with you for awhile but I didn't want to hurt your feelings."

This simple twist of fate can ruin the best laid plans for a successful breakup. All of a sudden you're second guessing your desire to end the relationship. After all, it's human nature to suddenly want what we can't have. Suddenly the thoughts and emotions you invested into making this person into your "ex" have become invalid. You never really considered the prospect that they didn't want you! Alarms begin going off in your head as you wonder how they could possibly want to end the relationship too. A relationship that no longer seemed worthwhile once
again has achieved new worth. "Why doesn't he want me? I was so good to him. We had so many good times together!"

Dating can be a cruel chess game and when the tables are turned so suddenly
in a breakup, it's amazing how quickly you can become a worthless pawn. The worst case scenario during a breakup is when things get ugly. There's nothing worse than a woman or man scorned. Underlying hurt causes words to be said that would never be said to your worst enemy.

"You're crazy and even your friends think so."

"It's an embarrassment so say I even dated you."

This crazed attempt at self defense is more of an attempt to murder the murderer of your relationship before they murder you. Breaking up is truly the ugly side of dating. Couples who were once madly in love can becomre friends forever or enemies for life. There's no way to know for sure. However, when you're ready to give the "big speech" be careful--the outcome may surprise you. 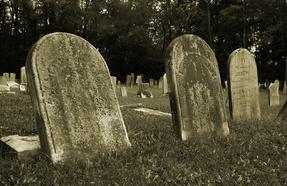 the death of my relationship